Call Us Find Us

The Williston Florida area has much to offer and you don’t need to travel far from Two Hawk Hammock to get to it. You can literally walk next door to Devil’s Den and Cedar Lakes Woods and Gardens. Two Tails Elephant Ranch is just a short drive, but worth the visit.

Bought in 1993 by the current owners, this natural wonder has been transformed from a simple scuba diving site to a world class tourist attraction.   Visit one of North America's most prehistoric places, Devil's Den Spring! This underground spring inside a dry cave has been home to many extinct animal fossils dating back to the Pleistocene Age, which are on display at The University of Florida's Museum of Natural History.

On cold winter mornings you can see steam, like smoke, rising from the chimney opening.  Thus, the early settlers gave the name Devil's Den.  With crystal clear water, year round 72 degree water temperatures,  ancient rock formations with stalactites, fossil beds dating back 33 million years, and much more, you're guaranteed to leave with memories that will last a lifetime!

Cedar Lakes Woods & Gardens was founded by Dr. Raymond Webber and opened for public enjoyment in January of 2014. The creation of the gardens began over 27 years ago when Ray discovered the 100+ year old retired lime rock quarry in 1991. He purchased the property for his own private use, initially intending to use the quarry  as a giant fishing pond.  He dug out what was left behind, including old mining remnants, and began to transform the old, polluted, swampy quarry. Rock by rock, each rolled in by wheelbarrows and strategically placed by human hands, the walkways and walls of the gardens were created. With a small team of workers, he created different islands throughout the quarry, concrete walkways, separate pools, waterfalls, pavilions, gazebos, and bridges made of Brazilian walnut.  With the structures now intact, Ray took up gardening as his hobby to add greenery to his creation. He discovered that he was just as passionate for gardening as he was for fishing, and now Ray is responsible for one of the most unique botanical creations you'll ever see.​ The quarry walls are lined with concrete and rock planters, filled with hundreds of species of plants and flowers. The surrounding trees and the topography of the quarry allow temperate and semitropical plants to flourish year round. Birds of prey, owls, doves, numerous songbirds, butterflies, turtles, frogs, and other wildlife may be encountered along the trail. Cedar Lakes Woods & Gardens is also home to domesticated animal friends including many cats, a black english cocker spaniel named April, a swan named Guinivere, several ducks, pheasants, a goose, a squirrel named Delilah, a rose-breasted cockatoo named Rosie, numerous Koi fish, and a 100-pound blue catfish named Big Ben. There are many benches and picnic tables throughout the trails to allow visitors to sit and enjoy the spectacular views. We also suggest bringing a picnic lunch to snack on while enjoying these views. 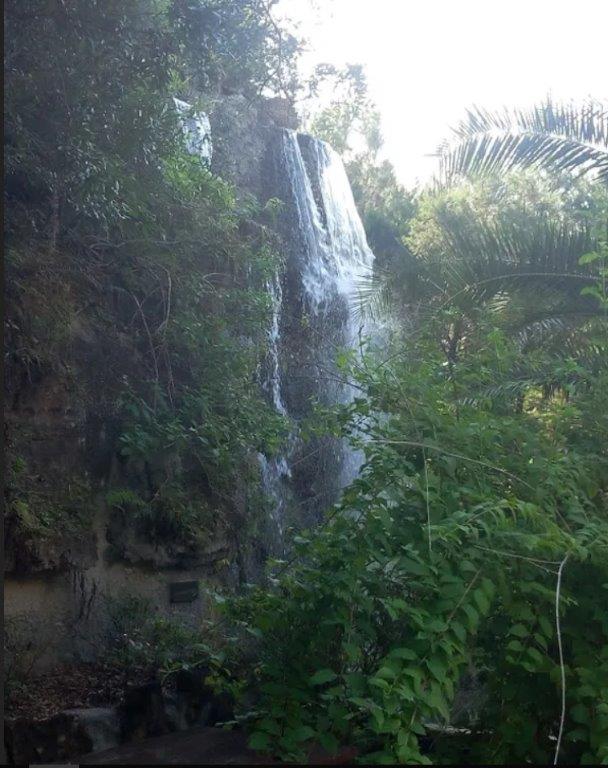 Two Tails Ranch was founded in 1984 by Theodore Svertesky (1954-1994) and Patricia Zerbini joined his venture a year later. The ranch started with 10 acres 1 barn and 1 yard. We now have 67 acres, 3 main Barns, 9 yards, 2 male barns, a work shop, refrigerated food storage and are working on our clinic. Since then more than 200 elephants have called Two Tails Ranch home, both Asian and African male and female.

Elephants have been boarded here at the ranch for all different kinds of reasons, some to be retired, some for temporary boarding, elephants needing a place to stay while their own exhibits were being repaired or built, and some for training or medical reasons. The ranch also was successful in breeding with the birth of two Babies Romeo and Juliette in 1990 and 1991.

In 2009, Patricia decided to open the ranch to the public to have educational programs available for both elephant lovers as well as professionals in the elephant field. Having traveled the globe working with elephants on three different continents, she did feel the need to have a facility where people could get up close and personal and get a firsthand experience with these wondrous creatures.

Two Tails Ranch is licensed by the USDA and the Florida Fish and Wildlife Department. 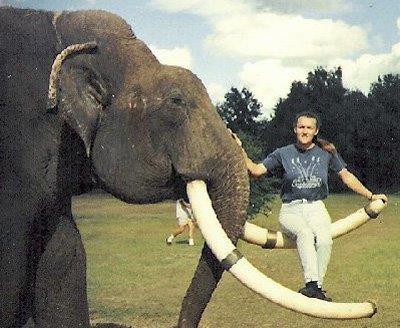 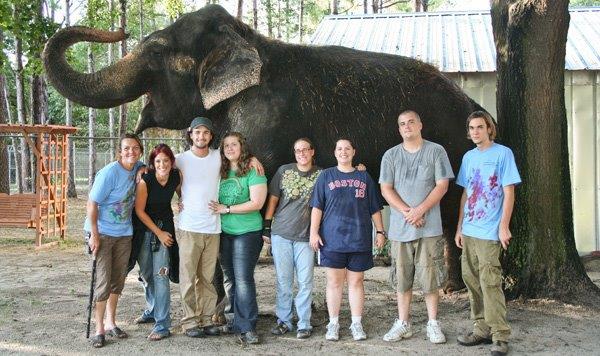